"Both the development of technological tools and the uses to which humanity has put them have created modern civilizations in which loneliness is ever increasing."

Technology, broadly defined as the use of tools, has a long history. Ever since Erg the caveman first conked an animal with a rock, people have been using technology. For thousands of years, the use of tools allowed people to move ever closer together. Because fields could be cultivated and the technology to store food existed, people would live in cities rather than in small nomadic tribes. Only very lately have Erg's descendants come to question the benefits of technology. The Industrial Revolution introduced and spread technologies that mechanized many tasks. As a result of the drive toward more efficient production and distribution (so the ever larger cities would be supported), people began to act as cogs in the technological machine. Clothing was no longer produced by groups of women sewing and gossiping together, but by down-trodden automation's operating machinery in grim factories.

The benefits of the new technology of today, computers and the internet, are particularly ambiguous. They have made work ever more efficient and knit the world together in a web of information and phone lines. Some visionaries speak of a world in which Erg need not check in to his office; he can just dial in from home. He won't need to go to a bar to pick up women because there are all those chat rooms. Hungry? Erg orders his groceries from an online delivery service. Bored? Download a new game. And yet...

Many people, myself included, are a little queasy about that vision. Erg may be doing work, but is it real work? Are his online friends real friends? Does anything count in a spiritual way if it's just digital? Since the Industrial Revolution, we have been haunted by the prospect that we are turning into our machines: efficient, productive, soulless. The newest technologies, we fear, are making us flat as our screens, turning us into streams of bits of interchangeable data. We may know a lot of people, but we have few real friends. We have a lot of things to do, but no reason to do them.In short, the new technology emphasizes a spiritual crisis that has been building for quite some time.

As I try to unravel which I believe about the relative merits of technology, I think it is instructive to remember technology's original result. A better plow meant easier farming, more food, longer lives, and more free time to pursue other things such as art. Our newest technology does not give us more free time; it consumes our free time. We are terminally distracted from confronting ourselves or each other. We stay safe, and lonely, in our homes and offices rather than taking the risk of meeting real people or trying new things.

While I am certainly not a Luddite, I do believe we need to look for a bit more balance between technology and life. We have to tear ourselves away from the fatal distractions and go out into the world. Technology has given us long lives and endless supplies of information. Now we need to apply that information, use the time we're not spending conking our dinner with a club, and find our reasons for living.

the drawbacks of technological developments over the course of human history.

The writer maintains that a "balance between technology and life" is necessary if humans are going to abate the loneliness that is part of modern existence.

"The medias (books, film, music, television, for example) tend to create rather than reflect the values of a society."

For our grandparents it occurred through films and books. For the baby boomers it was a result of television and revolutionary music. No matter how the impact took place, it is clear that since its very advent, the media have played a crucial role in not simply being representative of the values of our society but creating them as well.

During the roaring twenties Americans found themselves in a struggle between the old ways of their ancestors and the new ways of the future. The once steadfast beliefs that men and women should not touch while dancing, and that ladies should not drink or smoke were suddenly being challenged. From where was all this rebellion stemming? Partly it was due to the returning doughboys from the shores of Europe bringing home revolutionary ideas they had encountered while at war. Nonetheless, returning soldiers could not be held responsible for the social upheaval that America experienced. There had to be another cause, and there was, the media. Although the films of the era were silent they spoke volumes to the society for which they were created. Women in these movies wore their hemlines a few inches shorter than the decade before them and they wore cosmetics to accentuate their new bobbed haircuts. The movies, as well as the books of that era, demonstrated a new materialistic attitude that America had never before experienced. Films portrayed every character as having the money to buy a new car, drink, smoke and partake in the leisure’s of life, a philosophy that was soon adopted by the youth of the decade. The use of the media in the twenties was to serve as a catalyst for the revolutionary ideas that were circulating. The films and books of that era sped America along its path of change that eventually led to the greatest social unrest that the United States had ever known.

Unlike the twenties, the sixties and seventies utilized the media in a way that appealed to those searching for truth in a lost and confused world. Martin Luther King Jr. realized the impact of the media on society during his campaign for civil rights. King urged his followers to withstand any abuse that they might encounter because the media will take their peacefulness into the homes of their society. By doing so, King successfully began to change the traditional view of race. Americans began to sympathize with the protesters because of the undeserved turmoil they faced at the hands of the government. As a result, America relinquished the Jim Crow laws and saw many other groups press for their individual rights as well. Television cameras rolled as Cesar Chavez organized the migrant workers in California and as Bella Abzug and Gloria Steinham linked arms to protest the lack of women's rights.

"Our declining environment may bring the people of the world together as no politician, philosopher, or war ever could. Environmental problems are global in scope and respect no nation's boundaries. Therefore, people are faced with the choice of unity and cooperation on the one hand or disunity and a common tragedy on the other."

The solution to the world's growing environmental problems may have to wait awhile. It has been said that "environmental problems are global and respect no nation's boundaries." Unfortunately, pollution and its consequences still fall to large measure on those least likely to do anything about it: poor countries willing to sacrifice anything in order to sit at the table with the world's wealthy.

As far as the industrialized nations of the world are concerned, the world is a big place. Environmental destruction taking place outside their borders may sometimes be fodder for government pronouncements of concern, but few concrete actions. Deforestation of the Amazon, for instance, is of vital concern to all those who wish to continue breathing. But the only effective deterrent to this activity, the restriction of international aid money to those countries showing net deforestation, has been stalled in the United Nations by those unwilling to "interfere" in the internal politics of other nations.

Because of the differential impact of polluting activities around the world, and even in different regions of a single country, many governments will undoubtedly continue to promulgate only modest environmental regulations. Costs to polluting companies will continue to carry as much weight as the benefit of a pollution-free environment. Particularly in the current political climate of the United States, the well-documented expense of today's pollution-control measures will be stacked against the unknown long-term effects of polluting actitivities. "Why should I spend millions of dollars a year, which causes me to have to raise the cost of my goods or eliminate jobs, if no one really knows if air pollution is all that harmful? Show me the proof, " an air polluting company may demand.

Realistically, it won't be until critical mass is achieved that the hoped for "choice of unity and cooperation" will be a viable one. Only when the earth as a whole is so polluted that life itself becomes increasingly difficult for a majority of the world's people will there likely be the political will to force global environmental laws on governments worldwide. But the optimists (read: environmental activists) among us continue to believe that the world can be shown the error of its ways. They continue to point out that the sky is probably falling--or at least developing a big hole. The world, as a whole, ignores them. One would hope, however, that governments, perhaps

through a strengthened U.N., could somehow be forced to realize that when the Earth reaches the critical mass of pollution, it may be too late to do anything about it. That would be a "common tragedy" indeed.

This excellent response displays an in-depth analysis of the issue and superior facility with language.

While acknowledging that environmental problems are serious and of global dimensions, the essay explores the complexity of international cooperation. Such cooperation, the essay argues, runs into a variety of problems, and the writer offers persuasive examples to support that point:

The essay distinguishes itself in part by its excellent organization. The first paragraph analyzes the claim and announces the writer's position; the second and third paragraphs provide clear examples supporting that position. The skillful use of a quotation from a business person vividly illustrates the economic impact of pollution controls. The last two paragraphs bring a sense of closure to the essay by continuing the theme announced in the first paragraph -- that cooperation must wait until more dire circumstances produce the political will necessary to reduce pollution.

The essay exhibits superior control of grammar and syntax, with only minor errors.

Transitional phrases -- "because," "however," "for instance" -- help guide the reader through the argument. Also, effective sentence variety and the use of precise word choice help confirm the score of 6. 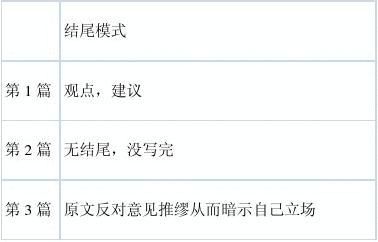 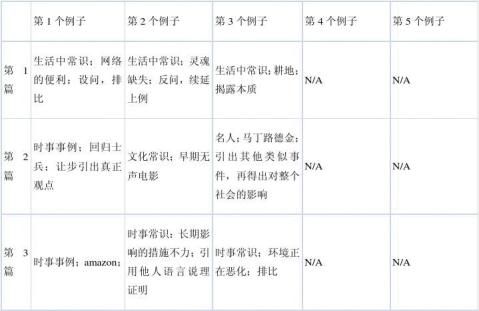 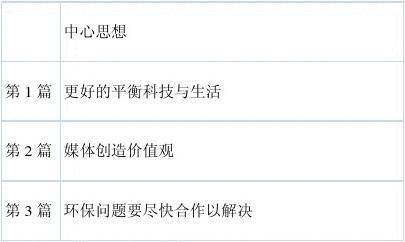 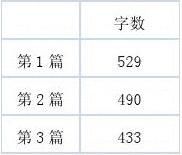