1. I’m afraid I can not come to your wedding;

2. He is really afraid of the dark;

5. I fear I won’t finish my assignment on time.

7. James is scared to death of flying

8. That movie was absolutely terrifying.

9. I was petrified when I heard a noise outside.

10. He’s been dreading this day for months.

12. I think he has a few last-minute jitters, but he will be ok.

His opinions were of no account to the others/他的意见对别人没有用；

I spent a lot of money on a new mp3 player, but it turned out to be a dud, I couldn’t even turn it

Where’s that good-for-nothing son of yours?

Don’t be such a milksop!/别那么没用！

The government should not spend money on helping lame ducks

1. When my daughter grows up, I will tell her this: if a man says he feels bad because you commute in a crowed bus, complains that you don’t have meals regularly, keeps reminding you that drinking too much is bad for health, tells you to be careful on your way home on a rain day, sends funny messages to you when you are sick in bed...Just ignore him! Stay with the man who drives you to work, accompanies you when you are sick, takes you to dinner, picks you up after work...A thousand sweet words are nothing against a real thing. We all have passed the age that takes words for love. 等我女儿长大了，我会告诉她：如果一个男人心疼你挤公交，埋怨你不按时吃饭，一直提醒你少喝酒伤身体，阴雨天嘱咐你下班回家注意安全，生病时发搞笑短信哄你……请不要理他！然后跟那个可以开车送你、生病陪你、吃饭带你、下班接你的人在一起……嘴上说的再好不如干一件实事。我们都已经过了耳听爱情的年纪。

2. Expensive clothes are useless if the person wearing them is not noble人要贵，衣服再贵没有用。

3. Woman, everything meant for you will come to you. If they have not come, just wait. Waiting is a skill that is learned.女人，该给你的都会给你，还没给你的，等着。等待是一门学问.

4. Some festivals in our country, such as Dragon Boat Festival and Mid-Autumn Festival are good enough. Why are you so excited about western festivals? It is tiresome to have so many festivals-Fathers day, Mother’s Day, singles’ Day, silent Night...which are indeed a waste of time and energy,who needs a special date to give presents to his/her mother? 像咱们靠谱一点的端午节中秋节是好的，西方节日你那么激动干什么，你看现在什么都是节日了，烦不烦啊？什么父亲节，母亲节，光棍节，平安夜，真是瞎折腾，孝敬你妈还分日子的啊？

5. If a woman does not depend on you for material or emotional support then why does she have you? Don’t be too demanding on women. Who can be beautiful and good at cooking? Midea electric cooker. Who can be cute and never grow old? Chibi Maruko, who is economically independent and put you first? Your mum. And who is both beautiful and cute, good at cooking and never grow old. Economically independent and put you first? It’s your mum using Midea electric cooker to stew Chibi Maruko for you.一个女人，物质上不依赖你，精神上不依赖你，那么请问你，要你干什么？对女人不要要求太高了。又美又会做饭的，那是美的电饭煲。又可爱又永远不会老的，那是樱桃小丸子。又经济独立又以你为中心的，那是你妈。又美又可爱又会做饭又永远不会老又经济独立又以你为中心的，那是你妈正用着美的电饭煲给你煮樱桃小丸子。

Many years ago, Dad worked as a farmhand（农场工人）. At that time, he had a to the town after dinner and spent a few hours on social . On Saturday evenings, the café many farmhands were there. Before midnight Dad returned home on his horse, quite satisfied with In his words, At the age of 31, Dad married my mother who was a school teacher. In the following .

My mother of how some famous persons, especially Thomas Edison who was born in a poor family, fought against fate and achieved greatness And men or cities and Dad should a small business of his own. And I went to high school and college. She 2

of my mother’s hope, Dad and Iwhat we have today. Dad runs a big not a leader as my mother expected.

Dad said, without my mother, we wouldn’t be what we are today; at least, he would he got a lesson of life —sometimes we really need drive from outside.

(NEW YORK) A French tourist highly praised for rescuing a two-year-old girl in Manhattan said he didn't think twice before diving into the freezing East River.

Tuesday's Daily News said 29-year-old Julien Duret from France is the man who left the spot quickly after the rescue last Saturday.

He lifted the little girl out of the water after she fell off the bank at the South Street Seaport museum. He handed the girl to her father, David Anderson, who had dived in after him."I didn't think at all," Duret told the Daily News. "It happened very fast. I 3

Duret, an engineer on vacation, was walking with his girlfriend along the river when he saw something falling into the water. He thought it was a doll, but realized it was a child when he approached the river. In an instant, he took off his coat and jumped into the water. When he reached the girl, she appeared lifeless, he said. Fortunately, when she was out of the water, she opened her eyes.

Anderson said his daughter slipped off the bank when he was adjusting his camera. An ambulance came later for her, said Duret, who was handed dry clothes from onlookers. Duret caught a taxi with his girlfriend shortly after.

The rescue happened on the day before he left for France. Duret said he didn't realize his tale of heroism had greatly moved New York until he was leaving the city the next morning.

"I don't really think I'm a hero," said Duret. "Anyone would do the same thing. "

A. To meet his girlfriend B. To work as an engineer

C. To spend his holiday D. To visit the Andersons.

47. What did Duret do shortly after the ambulance came?

A. He was interviewed by a newspaper

B. He asked his girlfriend for his dry clothes

C. He went to the hospital in the ambulance

D. He disappeared from the spot quickly

48. Who dived after Duret into the river to save the little girl?

A. David Anderson B. A passer-by C. His girlfriend D. A taxi driver.

Mr. Black and Mr. White were two very famous artists in the city. Their drawings were also very popular in the city. But they tried to see who could draw the best picture. One day they asked an old man to be the judge. Mr. Black drew an apple tree. He put his picture in the field. Soon the birds came and tried to eat the apples. The old man saw it and said, “You have certainly won. Mr. White cannot draw so good a picture as yours. But we will go to see his picture.”

A. an apple tree B. the best picture C. curtains D. birds

A. it was in the field B. it was an apple tree

51. Which of the following statements is TRUE?

A. The birds came and ate the apples up.

B. The old man said Mr. White’s picture was the best one at last.

C. The two pictures were not so good.

D. The curtains on the wall were real.

53．Jack wants to buy two pairs of socks，one bag and two hats．How much are they? 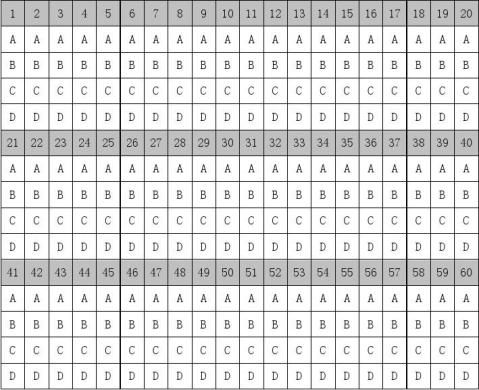