1. It is believed that travelling to Yangzhou in ＿＿＿March is ＿＿＿ enjoyable experience.

2. Things are ＿＿＿ on Mars ＿＿＿ on Earth because of different gravity.

3. ＿＿＿ it is to jump into the river to swim in summer!

4. Linda, ＿＿＿ the TV a little bit. I’m trying to read the book named The Adventures of Tom Sowyer.

5. ---There is somebody knocking at the door. Who ＿＿＿ it be?

---＿＿＿, even though the weather is very bad.

---No need. Your body itself is able to ＿＿＿ the virus. Just drink more water and have a rest!

---But ＿＿＿ of them are in fashion now.

9. ---Do you know when the great earthquake happened in Wenchuan?

---＿＿＿. The woman who sat here will be back soon.

Life is not easy, so I’ d like to say "When anything happens, believe in yourself. "

When I was a young boy, I was so shy to talk to anyone that my classmates___11____ laughed

" , boy. Believe in yourself. You are sure to win the contest. “Then mother and I talked about many different topics. I chose the topic "Believe in yourself", I tried my best to remember all the speech and practiced it

100 times. With the help of my mother, I did well in the contest. I could hardly believe myself when the came that I had won the first place; I heard the cheers from

the teachers and the students. Those classmates who once looked down on me, now all "Congratulations!" to me. My mother hugged (拥抱) me and cried .

Since then, everything has changed for me. I do anything, I try to tell myself to be and I will find myself. This is not only for a person but also for a country.

12. A. something B. anything C. everything D. nothing

A Being shy is a tough thing at any age and especially hard if you are a teenager. It’s common for adults to be shy too, but you probably don’t notice it that much. If you’re tired of hiding behind an invisible(无形的) wall of safety, do what Ann did to leave shyness behind and come out of your shell.

Ann used to be shy and timid, but now she has changed a lot. The following ideas are the things she did to deal with her shyness:

Make a promise to yourself to get over your shyness.

Remember the situations where you feel your shyness holding you back most strongly.

The next time you are in this situation, do something just a little bit more outgoing than you would normally do (smile, make eye contact, ask a question, etc.).

Relax and remember that mistakes help you learn and everyone may act strangely at times(Ann believes this is the most important step in the process).

Repeat Steps 1-4 until you have reached the level of “outgoingness”.

Ann also gives us some suggestions:

This can be a really tough process, but don’t give up, even when you get discouraged(感到沮丧的).

After you’ve repeated the steps a few times, it’ll get easier and easier.

It takes a lot of practice and hard work to get over shyness.

23. What does Ann think is the most important step in the process? A. Remembering that everyone makes mistakes. B. Learning to make eye contact with others.

D. Sharing experiences with others.

24. Which of the following is wrong? A. Shyness also affects some adults.

B. Ann is no longer shy.

C. Getting over shyness is not an easy process.

D. This passage comes from an advertisement

25. What’s the best title for the passage

A.How to Get over Shyness

B When my son, Mark, was in the third grade, he saved all his pocket money for over three months to buy holiday presents. The third Saturday in December Mark said he had made his list and had twenty dollars in his pocket.

I drove him to a nearby supermarket. Mark picked up a hand basket and went in while I waited and watched in the car. It took Mark over 45 minutes to choose his presents. Finally he came to the checkout counter (交款处) and reached into his pocket for his money. It was not there! There was a hole in his pocket, but no money. Mark stood there holding his basket, tears falling down his face.

Then a surprising thing happened. A woman came up to Mark and took him in her arms. "You would help me a lot if you let me pay for you," said the woman. "It would be the most wonderful gift you could give me. I only ask that one day you will pass it on. When you grow up, I would like you to find someone you can help. When you help others, I know you will feel as good about it as I do now."

Mark took the money, dried his tears and ran back to the checkout counter as fast as he could. That year we all enjoyed our gifts almost as much as Mark enjoyed giving them to us.

I would like to say '"thank you" to that very kind woman, and tell her that four years later, Mark went house to house collecting blankets (毯子) and clothes for the homeless people in the fire. And I want to promise her that Mark will never forget to keep passing it on.

A. with the writer B. by himself

C. with the woman D. with his friends 27. What happened to Mark in the supermarket?

28. Why did the writer want to say '’thank you" to the woman? A. Because she bought Mark a nice present. B. Because she always paid money for others. 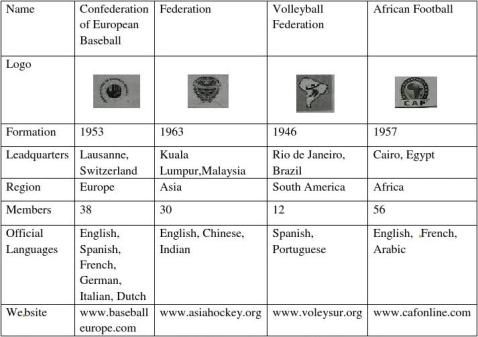 30. If you are from China, which sport can you probably take part in?

Do you have a headache? Take an aspirin or eat bird brains. Do you want beautiful skin? Use skin cream or eat pearls. Is your hair turning gray? Color your hair or eat black rice.

“Eat bird brains, pearls, and black rice?” some people ask. “How strange!” But for many

Chinese people, bird brains, pearls, and black rice are not strange things to eat. Instead, they are good medicines.

Food that people use for medicines is called medical(药用的) food. The Chinese have eaten medicinal food and spices(香辛料) for centuries. Ginger, for example, is a common spice in Chinese cooking. Ginger gives food a nice flavor. The Chinese began to use ginger many years ago. They used ginger not because it tasted good. They used ginger because it was medicinal. Ginger, they thought, was good for the digestion. It also helped people who had colds. Pepper and garlic, too, were probably medicines a long time ago.

Some people don’t believe that food and spices are good medicines. They want to buy their medicine in drugstores, not in supermarkets. Other people want to try medicinal food. They say, “Maybe medicinal food can’t help me. But it can’t hurt me, either.”

32. What do you know about medicinal food?

A. The Chinese have eaten medicinal food for a long time.

C. Medicinal food may be bad for your health.

D. Medicinal food is served all over the world.

33. Why did the Chinese begin to use ginger many years ago?

A. Because it gave food different flavors.

B. Because it made food more delicious.

C. Because it was good for people’s health.

D. Because it made people feel cold.

34. Which answer to the following questions can be found out from the passage?

A. When did the Chinese start to eat bird brains?

C. What is the advantage of using pepper?

D. How do Chinese people stop a toothache?

35. What can we infer (推测) according to the passage?

A. More foreigners will learn more about medicinal food.

B. All the Chinese will believe black rice stops hair turning gray.

C. Ginger will be more and more popular in China.

D. Medicinal food will be sold in drugstores and supermarkets.

Over the last few centuries, there have been many changes in our lives.

To start with, people were not able to travel such a long distance in such a short time in the past. Planes were not very popular at that time because they used to be a very expensive way to travel. Nowadays, we have fast, comfortable cars, and more and more people can travel by plane.

Secondly, in the past, people had to work much harder because they did not have the tools that we have today. Today, most of the difficult and dangerous work is done by computers and machines. Thirdly, in the past, the living conditions were not as good as they are now. There were no bathrooms or running water in many houses, and many people could not buy things like fridges, TV sets or washing machines. Now, most families have several of these things. Finally, nowadays, more and more people have the chance to get a good education. In the past, there were fewer schools and the quality of education was much poorer. Also, it is much easier to find the educational materials that you need on the Internet now.

49.The Special Olympic Games have grown into one of the sporting events for the_____________（disable）in the world.